How to Prevent Alzheimer’s Disease

How to Prevent Alzheimer’s Disease

Table of Contents +
The Diagnosis is Alzheimer’s, but that’s not the only Problem
The Hippocampus and the Cortex
Hippocampus
Cortex
What Happens to Our Brain When We Age?
Lifestyle Factors
The Cure for Alzheimer’s

Do you ever worry about losing your keys and then think, “Hmm, could this be an early sign of Alzheimer’s disease?”

If you think that way, you aren’t alone; millions of Americans have the same concern.

But as it turns out, what we call Alzheimer’s disease is really not one clear condition. Instead, it’s usually a mix of different things that cause brain shrinkage throughout life.

These factors can make a person begin to forget things to the point where they may not even recognize family members. So, what can we do to combat it?

The Diagnosis is Alzheimer’s, but that’s not the only Problem

Above is the title of a New York Times article that talks about this whole issue. Recent studies have confirmed that Alzheimer’s is a mix of multiple factors that vary for every patient, based on their lifestyle choices.

The article talks about how this mixture of factors causes scientists and doctors to think about “which of these conditions is the culprit in memory loss in a particular patient, or whether all of them together are to blame.”

The question is if we don’t know what’s causing this disease in patients, how can we help prevent and treat it? We need to understand what causes the brain shrinkage that happens with aging, and in some people, leads to Alzheimer’s disease.

Luckily, we actually have the capability to grow our brains and work on preventative treatment that can reverse the shrinkage of your brain. Let’s explore the human brain and discover how we can prevent Alzheimer’s Disease.

The Hippocampus and the Cortex

The hippocampus is essential for learning and short term memory; it’s roughly the size of your thumb. You have one hippocampus on the right side of your brain, and one on the left. Without this part of the brain, you can’t memorize things like new names and new information.

The cortex, which is on the outer layer of the brain, is important for your long-term memory. The cortex is also essential for your higher cognitive abilities such as doing your taxes, driving a car, and debating with friends.

Now that we understand the parts of the brain that are important for your short-term and long-term memory, let’s dive into what happens with aging.

What Happens to Our Brain When We Age?

With aging, our hippocampus, and to a lesser degree our cortex, begin to shrink; and they shrink a lot. To be more specific, after the age of 50, they start to shrink by an average of 0.5 percent per year.

Now, what’s causing the shrinkage? Is it just Alzheimer’s?

The answer is no.

Alzheimer’s is a disease in which pieces of two proteins (called amyloid and tau) begin to clump up; they aggregate into insoluble little pellets. They attract inflammation, and by doing so, they damage the brain.

While we may think that Alzheimer’s disease remains a mystery, recent discoveries in the past two-years are telling us something different.

They are proving more and more evidence that our lifestyle factors contribute to how much of these Alzheimer’s proteins we collect and aggregate in our brains.

Did you know that diet, sleep, exercise, and brain stimulation can play a role in who gets Alzheimer’s disease?

Let’s say, for example, that you only sleep four to six hours per night. Could this contribute to Alzheimer’s disease?

The answer is yes.

Studies have shown that people who routinely do not get enough sleep have more Alzheimer’s proteins in their brains.

Just think about it – your lack of sleep causes your Alzheimer’s disease. Additionally, obesity or vascular risk factors such as diabetes or hypertension can also cause shrinkage in the cortex and hippocampus.

The Cure for Alzheimer’s

We now have compelling scientific evidence that shows your lifestyle factors throughout your life determine whether or not your brain stays healthy and strong, or frail and weak.

What you do today really makes a difference in how healthy your brain will be in the future.

Your brain is a lot like your teeth; if you brush your teeth every day they will be healthier, whiter, and stronger. However, if you don’t take care of your teeth, they will decay.

Don’t allow your brain to decay; you have the opportunity to make healthy choices and keep your brain healthy and active. If you are interested to learn more about this topic, you can watch Dr. Fotuhi’s lecture on how to defy aging.

Come into Neurogrow so we can provide you with a brain check-up and put you on a track toward a fit and strong brain both in the short term and in the long term. 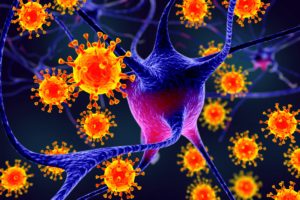 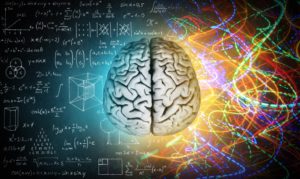